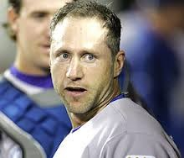 Ross Gload originally hails from Long Island, NY where he is the owner of several county home runs records, as well as the recipient of the “Carl Yastrzemski Award”, which is awarded to the most outstanding high school player in Suffolk County.

Ross has made his home in Charlotte since originally playing here with the Knights in 2003.  He is married to his wife, Betsy, and father to Greyson and Belle.